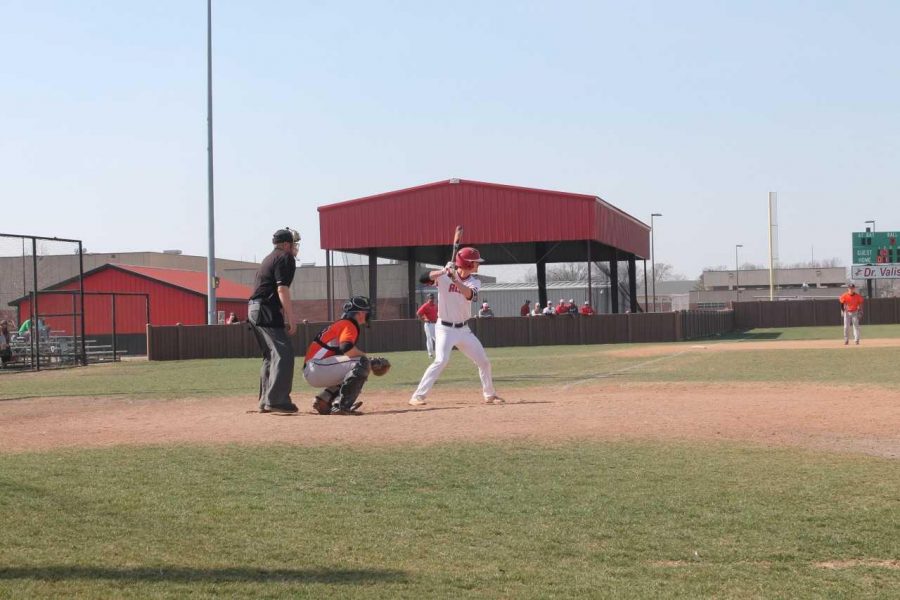 Brayden Whitchurch up to bat against Neosho in the Border Battle.

The Red Devils Baseball team’s season has come to an end. With the losses in game 1 with a score of 0-7 and game 2 with 7-9 the season ends for the Red Devils.

“This year’s team was full of a great group of sophomores,” Coach Stoy says.

The has depth coming back next season with three starting position players returning along with 5 pitchers with 20+ innings pitched in the 2018 season.

Highlights of the season include splitting with conference foe Neosho and Independence. Along with Male Athlete of the year Sky-Lar Culver hitting a .400 batting average along with 15 home runs and 55 runs batted in. Another season award goes to Jonathan Walker for being Most Improved and Jarod Cooper receiving the Red Devil Character Award.

The Red Devils have high hopes of making it back to the playoffs next season.