Allen Fan Likes Them All 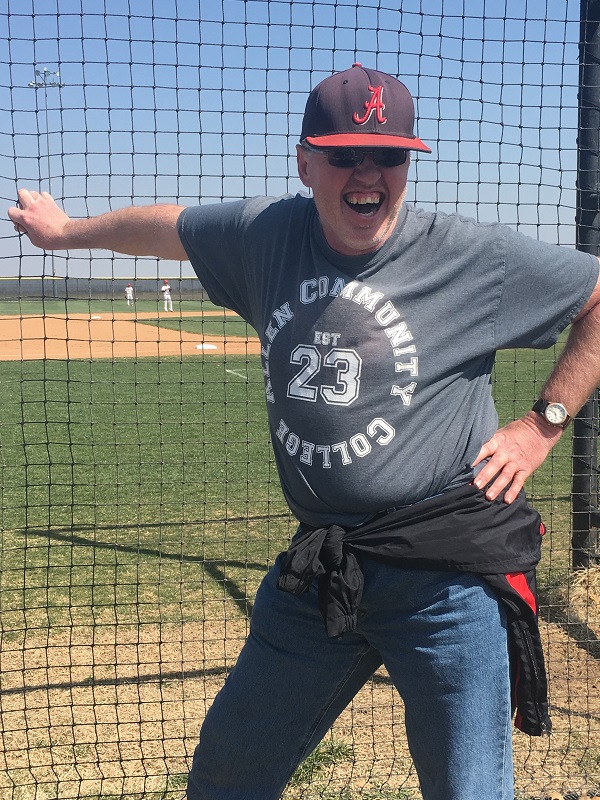 Steve Uitts can be found at most Allen sporting events, including baseball.

Allen Community College athletics programs have always had fans who support the various teams, but only one fan has been loyal enough to only miss a few games all year – year after year — in every sport. Super fan Steve Uitts is known by most everyone who attends Allen sporting events.

Born in Chanute and raised in Iola, Uitts has always been around sports, either at Neosho Community College or here at Allen. He does not care what sport it is, he supports anyone and everyone. “Whatever season it is, is my favorite,” he said.

Obviously sports aren’t 24/7, so Uitts has other stuff to do. He lives in Iola, and loves watching television. His favorite shows are “Bonanza” and “Gunsmoke.” He also has a collection of hats, from Allen to Kansas State University lids.

Ask anyone on the Allen campus how they know Steve Uitts and he or she will likely say he is the “super fan.”