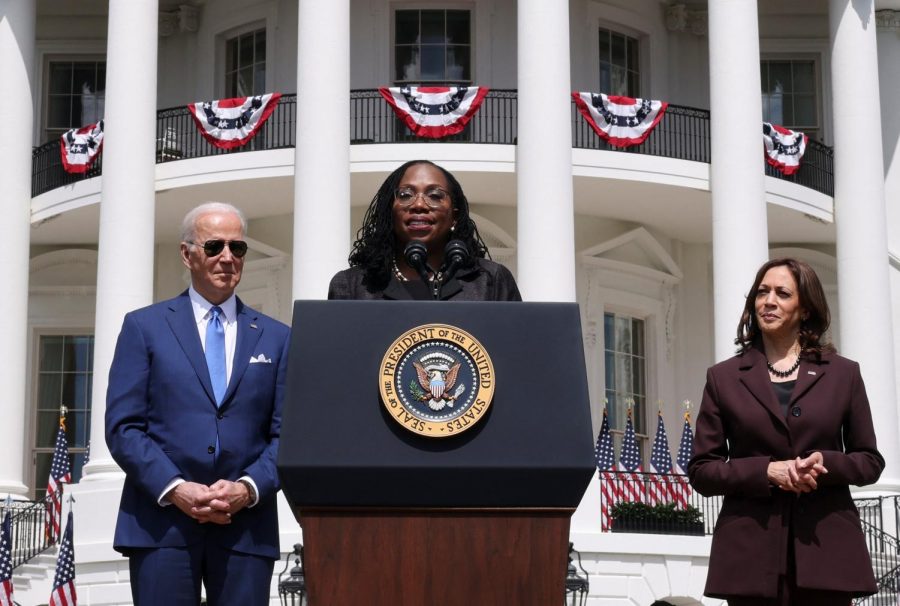 On Friday, April 8th, Judge Ketanji Brown Jackson was confirmed to the Supreme Court after a 53 to 47 vote in the U.S. Senate. Judge Jackson will be the first female African American Judge to sit on the bench in its 233-year history.

Only three Republican senators voted to confirm Judge Jackson: Susan Collins of Maine, Lisa Murkowski of Alaska, and Mitt Romney of Utah. Judge Jackson, 51, is set to replace Justice Stephen Breyer, a fellow liberal judge, upon his retirement in June. This appointment does not alter the 6-3 conservative majority of the current Supreme Court.

This is appointment is historic in nature. Of the 115 Judges that have sat on the Supreme court in its 233-year history, Judge Jackson is not only the 6th woman and the 3rd African American to be appointed, she is the first in both categories. Judge Jackson follows suit in historicity to Kamala Harris’s early historic breakthrough of being the first African American woman to become Vice President.

Yet, despite the historic nature of this event, some Republican Senators left the Senate floor in protest during the ovation of Judge Jackson’s confirmation. During the hearing, Republicans had accused Judge Jackson of being “soft on crime”. Yet, Democrats touted her experience working as a public defender.

Judge Jackson has two degrees from Harvard University and once served as editor of the Harvard Law Review. She worked as a public defender in Washington before joining a private practice prior to her judicial appointments. She currently sits on the influential US court of Appeals for the DC circuit.

Of the three Republican Senators that voted in favor of confirming Judge Jackson, Senator Lisa Murkowski of Alaska, stated her decision rested, in part, on a “rejection of the corrosive politicization” that has become part of the current confirmation process.

“[Judge Jackson] will bring to the Supreme Court a range of experience from the courtroom that few can match given her background in litigation,” Ms Murkowski Stated.

Judge Jackson will be sworn in around the end of June as Justice Breyer steps down for retirement.