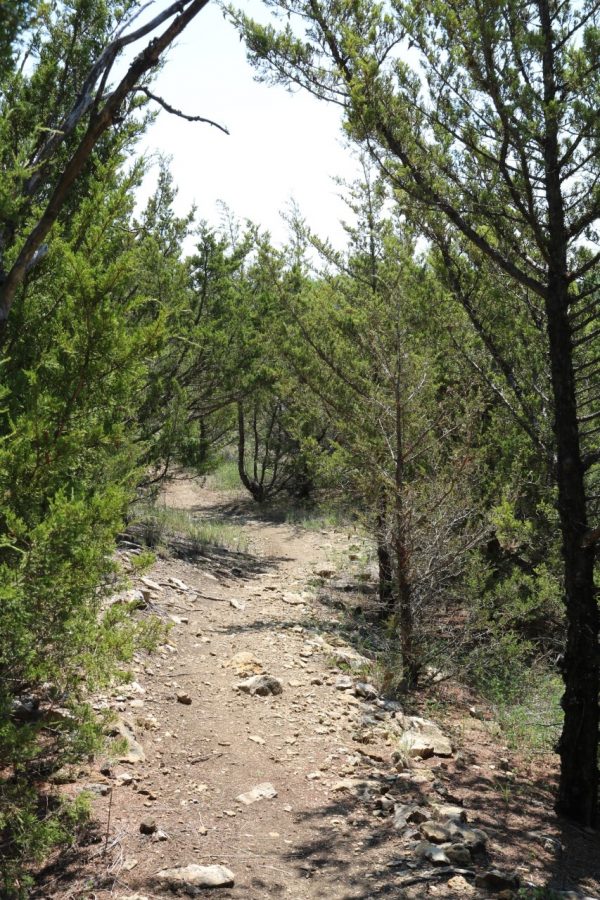 The Lehigh Trails are a popular fitness and nature opportunity in south Iola.

The Lehigh Portland Trails are built on the site of a former cement plant and quarry on the south edge of Iola, also stretching through an area near Elm Creek. The trails are made up of small gravel as well as dirt tracks. These give diverse surfaces to give individuals the opportunity to mountain bike, trail run, and hike.

The trails were built in 2014 by Thrive Allen County volunteers and were paid for by a Healthy Living grant from the Kansas Health Foundation. The trail’s name was selected to pay homage to Allen County’s industrial past. It highlights the very cement factory and quarry that it was built around, which operated until the 1970s.

If Allen Community College students want to go to the trails they can either hop on Washington Street, follow it all the way south, and conjoin the trails at the end of that street. Another option is going to Riverside Park and going on the Rail Trails until it meets up with with the Lehigh Portland Trails.