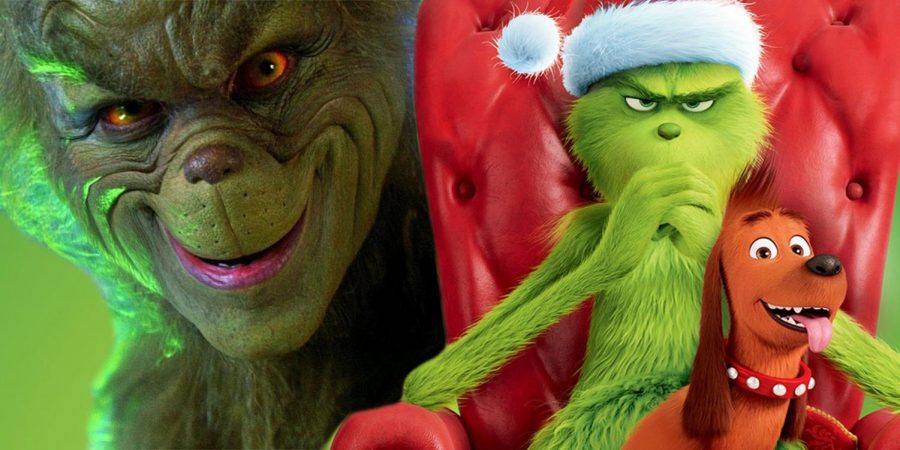 Who is the best Grinch?

The Grinch, of course, is the star of three films: How the Grinch Stole Christmas (1966), Dr. Seuss’ How The Grinch Stole Christmas (live action,2000), and Dr. Seuss’ The Grinch (2018), and choosing the best performance can be difficult. For the sake of brevity, this comparison will deal with the 2000 Live action film, starring Jim Carrey, and the 2018 animated version, starring Benedict Cumberbatch. Carrey’s version is a high-octane one, resonating with every one of us who has a child within us who never fully matured. Yet, Cumberbatch plays a modern-day cynic who simply wants Christmas to slow down.

Not only is the 2018 animated The Grinch faster-paced and has a simpler tale, but the glossier aesthetic of the film also avoids the unpleasant uncanny valley problem that Director Ron Howard’s live-action film portrayed. While Carrey looks great, the rest of Whoville is filled with creepy creations whose prosthetics are far from makeup artist Rick Baker’s best work the characters looking strange enough to be disturbing, but not surreal enough to be striking. With a shorter running time and a more appealing visual aesthetic, Cumberbatch’s version of The Grinch easily wins.

Both movies received reasonably solid critical receptions, but they were both huge hits with audiences. The 2000 Jim Carrey vehicle made over $345 million at the box office, and soon became the second biggest Christmas movie in cinema history, only for the 2018 Grinch to surpass it with a whopping $511 million box office take.

Which version tells the story the best?

The 2000 picture focuses on the Grinch’s history, describing his dislike of Christmas and mocking how overrated the holiday season has become, which, shockingly, is still relevant today. Additionally, Anthony Hopkins is a great foil for Boris Karloff’s original narrator role. In some ways, he even outperforms him, particularly in theatrical flair. However, the history detracts from the Grinch’s simple mystery. His heart was two sizes too small, and that was all we needed to understand about his aversion to Christmas.

Cumberbatch’s portrayal of the Grinch is simply too lovely to be true to the character. His social interactions are stilted, and his preference for animals over people makes him appear to be a lonely single guy resentful that his date never returned his call, rather than the antithesis of all things merry and bright. Carrey’s version, while entertaining, is simply Jim Carrey portraying Jim Carrey.

Jim Carrey Is the Better Grinch

This is a reasonably close fight thanks to The Grinch’s beautiful, crisp animation style and tight, humorous tale from 2018. Despite taking a new approach to the eponymous role, Cumberbatch cannot dethrone Carrey as the best Grinch. Sure, Howard’s live-action film is the worse of the two Grinch adaptations, but its Grinch is easily the best to ever grace the big screen. Carrey’s Grinch is a perfect figure imprisoned in an imperfect film; anarchic, amusing, and occasionally unexpectedly human.

The shortcomings in the picture are very real, and it’s difficult to say whether Carrey would have been able to pull off such a memorable interpretation of the role if he had been relegated to voiceover work (although the actor would have been saved a lot of time spent agonizing in the hair and makeup department).

Illuminations the Grinch has some good aspects to it. The voice cast all do their jobs well, with Benedict Cumberbatch being the best part of the film. The visual design is pleasing and some of the story updates are a nice change of pace, but ultimately what it comes down to is the new Grinch movie never entirely justifies its own existence.

Personally, I prefer the Jim Carrey version, I just think it’s funnier, more entertaining and has aged well. The new Grinch is fine, not as bad I thought it would be to be honest but nothing about it to me felt that special. I’m a huge Cumberbatch fan, but I don’t think he stood out that much as the Grinch and his performance was a bit disappointing. Also, the Carrey version feels much more like a Christmas movie, if that makes any sense.