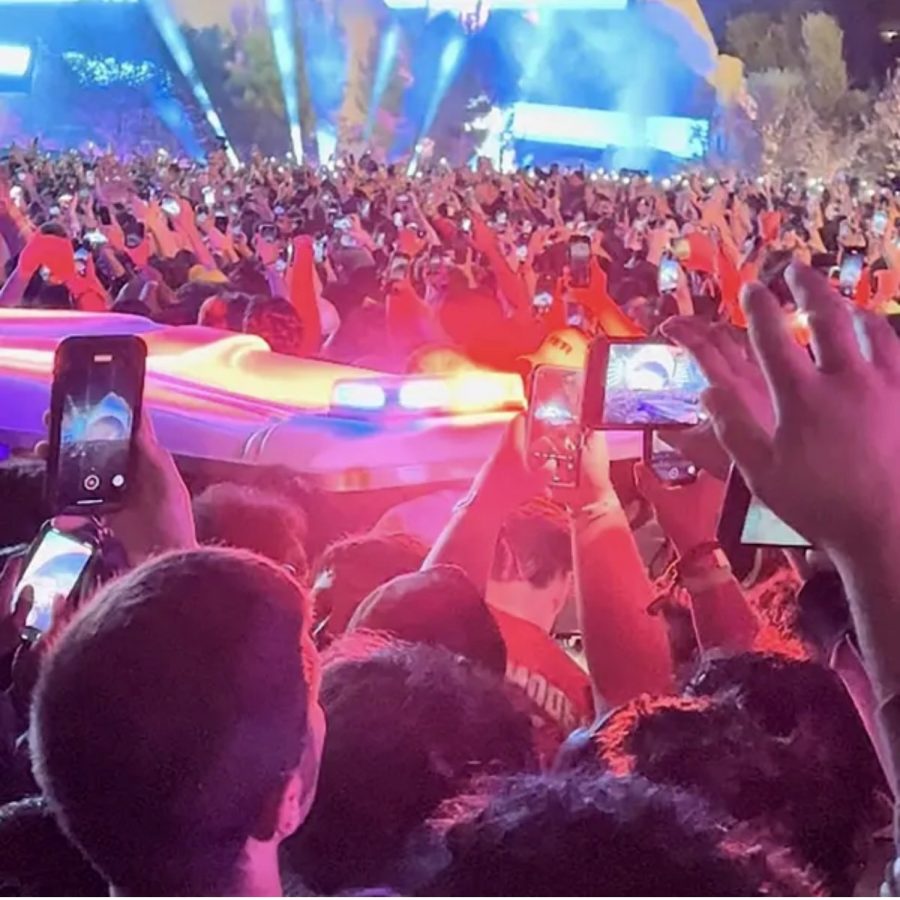 An ambulance in the crowd during the Astroworld music festival in Houston. Eight people died during a crush of fans at a performance.

A sudden life and death struggle turned a November 5th Travis Scott Astroworld Concert into a horrific scene of violence as over 300 fans were injured and Nine people were killed in a massive wave of trampling bodies.

A crowd of 50,000 people mostly younger people had come to see rapper Travis Scott perform that Friday night. The amount of surging people became like a wave, an unstoppable movement of bodies that could not be held back.

During the chaos, some collapsed. Others fought for air. Concertgoers even lifted up the unconscious bodies of friends and strangers and surfed them over the top of the crowd, hoping to send them to safety. Others shouted out for help for CPR and pleaded for the concert to stop. But, it kept going.

In the end, according to city officials, eight people lost their lives, ages ranging from 14 to 27. A 9-year-old, trampled at Astroworld, later died from their injuries, making them the ninth victim. Hundreds more were treated for injuries at a field hospital at the concert venue, the NRG Park in Houston, or at local hospitals. Among those treated at a the local hospital was a 10-year-old child.

Triston, father of the ninth fatality, recounted his experience. Triston had held Ezra high on his shoulders as the countdown to Scott’s performance began at NRG Park on Nov. 5. The pair stayed toward the back of the crowd because Triston said he thought it would be calmer. But as soon as Travis Scott took the stage, that’s when people started pushing.

During the struggle, Triston lost consciousness and Ezra fell to the ground, where the nine-year-old was at the mercy of stampeding concertgoers.

When Triston regained consciousness, he could not find his son anywhere. He rushed to on-site medic tents, as well as several hospitals. After filing a police report, he later received a message from an officer that included a picture of Ezra.

When he got to the hospital where young Ezra was located, Triston learned his son’s major organs had been damaged, his brain was swollen, and he was on life support.

“The Blount family is grieving the incomprehensible loss of their precious young son. This should not have been the outcome of taking their son to a concert, what should have been a joyful celebration. Ezra’s death is absolutely heartbreaking. We are committed to seeking answers and justice for the Blount family. But we stand in solidarity with the family, in grief, and in prayer.”

Travis Scott has received a lot of backlash from what happened at his concert. Some hold that Travis should be responsible for the deaths that happened during his concert, as he could of stopped the show to ensure everyone’s safety. Though he did offer to pay for the victims’ funerals, many feel that it’s still not acceptable for the tragedy of what happened.

Regardless of who is to blame, authorities have said it could take weeks for the medical examiner to determine the causes of death.