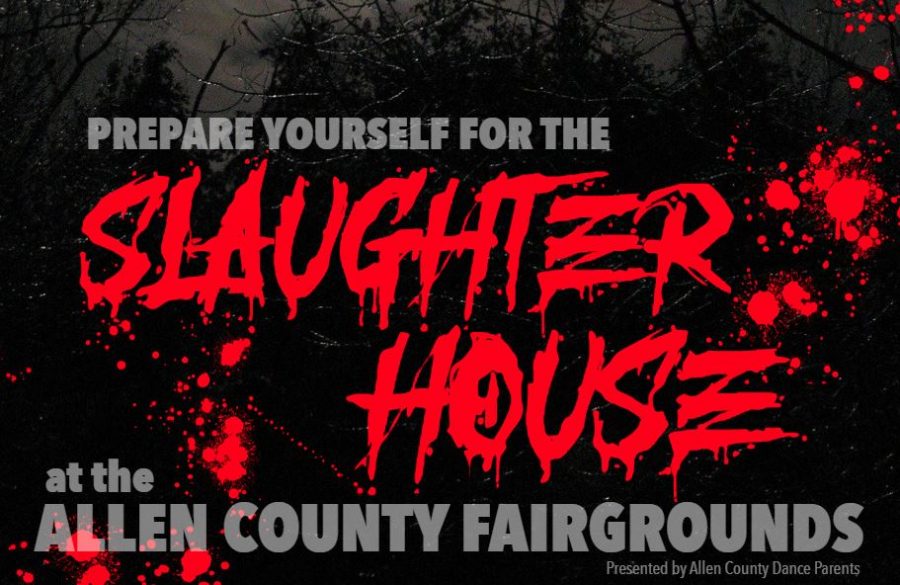 For the Halloween season, the Allen County Dance Parents (ACDP) put on a non-profit haunted house event with all proceeds being locally donated. The haunted house included both a Kiddie Haunt and a Traditional Haunt geared towards older audiences.

The “Slaughter House” haunt was put together at the Allen County Fairgrounds and the entry fee was ten dollars. During the Traditional Haunt, the parents accepted non-perishable foods and sold s’mores for a dollar after entry.  A special, one-dollar night was also held on Thursday the 21st for Allen students. Every student that went through the Slaughter House and received a complementary s’more treat.

The event was headed by Nikki Peters, who is the head of the ACDP Fundraising Group, which is similar to a PTO but for the competition dance team at Miss Chelsea’s Dance Academy. The ACDP holds a variety of fundraisers, including selling Krispy Kremes, FanCloth, and hosting many different events, to help reduce the expenses associated with competitions and traveling fees. With a bigger group of parent participants this year than in previous years, they decided to put on a haunted house.

“It has been incredibly hectic, but a great success,” Peters said about the event. “It is also something that we hope to make an annual tradition.”

Having gone through the Slaughter House myself, I can honestly say there were some good frights. In the haunted house, there were many jump scares that got me. One moment, a person would look like just a prop sitting in the corner but the second you pass by, they jump up to scare you. There were many similar scares waiting around every corner. The Slaughter House staff were very good at finding just the right moment to surprise visitors.

However, one of the things that lowered the scare factor of the experience was the volume of the house guides, which dismantled the overall ambiance. Guides are house staff that help guide people through the dark interior of the house to avoid getting hurt or lost. Although the guides were not very menacing, the experience, from the costumes, to timing of the jump scares, as well as the themes of the different rooms, still led to a good scare.

Overall, the haunted house was a well assembled experience, with spooky costumes and intriguing decorations. According to my sources, the public should be on the lookout for the terrifying return of the “Slaughter House” next year.