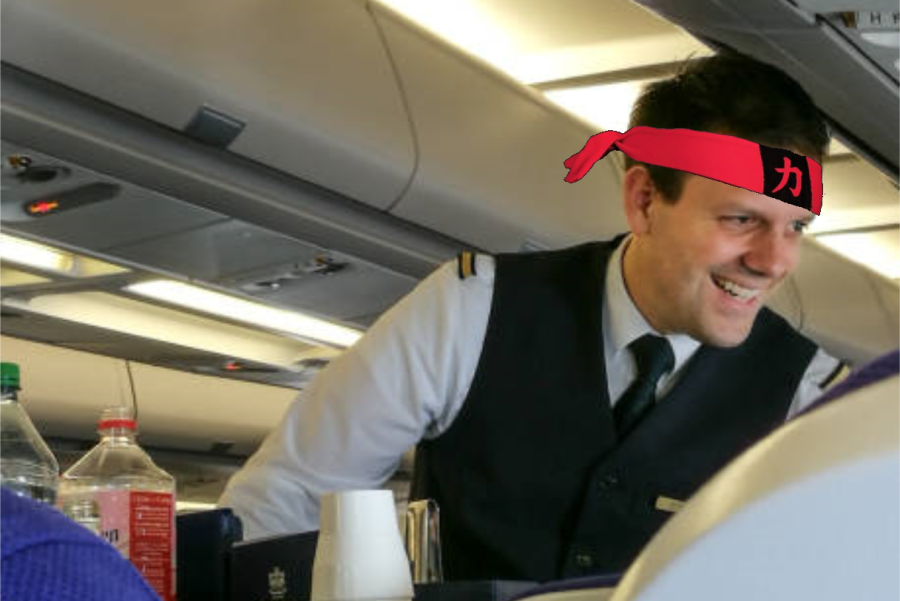 (Warning: This is a work of student satire and is meant for entertainment purposes only.)

In recent years, U.S. flight passengers have become increasingly unruly, leaving flight crew members with a need to learn how to properly defend themselves. With passengers becoming increasingly violent, American Airlines has preemptively paid for all of its flight staff to attend a weeklong training course in self-defense.

The twenty-seven-year-old flight attendant, Jess Derkins, works on a commercial plane for American Airlines and recently experienced an incident that has left her emotionally scarred. While on a transatlantic flight, the attendant was abruptly attacked by a crazed and distraught passenger. The passenger allegedly beat Derkins with her fist while screaming the flight was too bumpy for her to sleep on. Later medical examinations concluded the passenger was clearly sleep deprived.

“I have had my fair share of long days,” Derkins said, who was not unsympathetic to the passenger. “But I have never attacked anyone because I didn’t get my beauty sleep.”

Since the incident, Derkins and her fellow employees have attended a one-week self-defense training seminar that taught them the basics of how to subdue crazed passengers. One employee even successfully mastered a move referred to as a “roundhouse kick” and now says he feels much safer doing his job.

“I feel a lot better and more confident now that I know how to correctly knock out someone who is coming at me,” said Dave Abby, pilot for American Airlines. “I can confidently say that if something happens, I can just put the plane on autopilot and roundhouse somebody.”

With new skills and a sense of confidence, employees of American Airlines feel safer in their work environments. In the future, passengers will be handled well and will hopefully learn to not attack the crew members. With so many other peaceful passengers on board the aircrafts, unruly passengers should take note and learn to control and suppress their unnecessary air rage.